A Blood in the Alley Production

This is a comic masterpiece, the blackest of black comedies, where MacDonagh’s much loved characters, Colman and Valene, two brothers living alone in their father’s house after his recent death, find it impossible to exist without regular violent disputes over mundane matters.

Only Father Welsh is prepared to reconcile the two before their squabbling leads to violent and bloody carnage. Almost John B Keane meets Quentin Tarantino it’s a rollercoaster journey to the end.

Martin McDonagh: Martin was born in London, England to Irish parents. He is an renowned playwright, screenwriter and film director who has been described as one of the most important living Irish playwrights. Notable works include A Skull in Connemara, The Lonesome West, and critically acclaimed films such as In Bruges and Seven Psychopaths.

Rowan Finken: Rowan recently graduated from ‘The Programme’ at Bow Street Academy for Screen Acting. He is from West Cork and has been involved with the Fit-up since 2010. He made his festival début in Blood in the Alley’s production of Under Milk Wood in 2014 and is delighted to be performing at the Fit-up again this summer.

Denis Foley: Denis trained at the Samuel Beckett Centre, Trinity College Dublin. Originally from Charleville in County Cork, he has performed extensively in theatre productions throughout Ireland, the UK and Europe and in many film and television productions. Denis is delighted to be making his third appearance at the Fit-up Theatre Festival.

Martin Lucey: Martin is delighted to be working with Blood in the Alley Theatre Company for the 5th time. Having trained at the Webber Douglas Academy of Dramatic Art in London he has worked on stage and all over Ireland, England and Europe. He has worked extensively on film and TV. This is his first time working at the Fit-up Theatre Festival.

Féadha Ní Chaoimhe: Féadha Ní Chaoimhe is an 18 year old from West Cork. She has had 13 years drama experience, including performances in the Bristol Old Vic Theatre School, various festivals, drama classes and a few short films. This is her debut professional performance.

The Lonesome West was performed in 2015 at these venues: 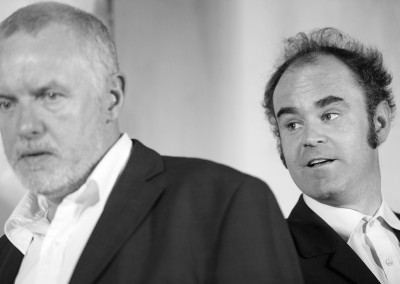 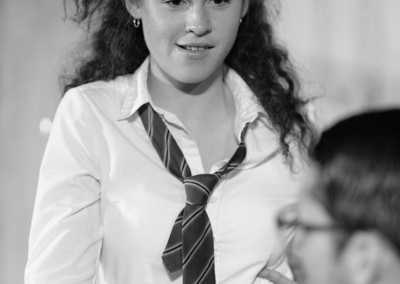